„Immunological Infertility“ describes the absence of a concept as a result of an impaired immune system of the reproductive organs. The vast majority of these disorders are based on the presence of anti-sperm antibodies (ASA) that can occur in both genders. Immunoglobulins (antibodies) are considered as defense mechanisms of the body against foreign objects or substances. When the body detects a „foreign“ substance, it tries to build an immunity using antibodies against the substance. However, in the case of anti-sperm antibodies, the body recognizes the sperm as foreign, it then builds antibodies against it and affects the reproductive process. The antibodies build by the defense system of a woman inhibit the sperm to enter through the cervical mucus and to reach the egg. In men, antibodies which bind to the spermatozoa impede the passage of sperm through the cervical mucus. Causes for the development of these antibodies may be infections and / or injury to the genital tract or an autoimmune disease.
Sperm antibodies in the ejaculate belong almost always to the IgA and / or IgG classes. Data suggest that IgA antibodies are more clinically relevant than IgG antibodies, but rarely occur alone. The antibody in ASA of serum is predominantly IgG, but in ASA of the ejaculate or cervical mucus it is IgA.

For screening tests combined anti-Ig beads can be used which are able to detect all Ig types. By using the immun beads tests (IBT) different types of antibodies against sperm can be detected in different biological samples, like blood, cervical mucus and sperm. The test may indicate the presence of antibodies and the severity of antibody formation, as well as which part of the sperm cells specifically is affected. The type of ASA has an influence on the function of spermatozoa only when complement fixing antibodies are present. A survey of reproductive medical centers in the UK showed (Krapež et al., 1998) that the MAR test („mixed antiglobulin reaction test“) or the IBT (immuno bead test) was used. Both tests are easy to perform. They work with beads which are coated with anti-immunoglobulins and bound on the surface of the spermatozoa attached by ASA.
The WHO referred the MAR test as compulsory screening test. The in vitro detection of antigens or antibodies is only possible when the antigen-antibody reaction is made visible or measurable. The selection of the detection technique is dependent on the properties of the antigen (size, number and structure of the antigenic determinants), the properties of the corresponding antibody (avidity and specificity) and the concentration of the analyte to be determined. Antigens or antibodies are in general determined by the following techniques: 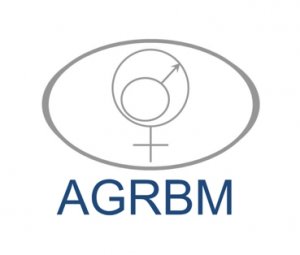